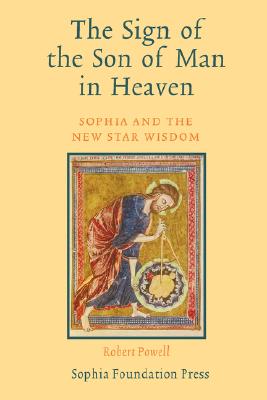 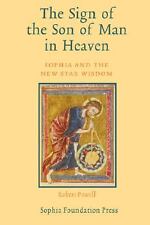 The Sign of the Son of Man in Heaven: Sophia and the New Star of Wisdom

'Then will appear the sign of the Son of Man in heaven' (Matthew 24: 30). What exactly do these words mean? The deeper significance of these biblical words is explored in this book, which is concerned with a new wisdom of the stars in the light of Divine Sophia, and which is intended as a help at the present time. For now humanity is called upon to be extremely wakeful in the period leading up to the end of the Mayan calendar in the year 2012. The forces of light are acting all the time, however, leaving us free. It is up to us to choose consciously to connect with the forces of light, to 'link hands' with them, in the spirit of serving the higher goals of humanity's evolution. The great archetype is the Son of Man, whose every step was - and is - aligned with the Divine Will expressed through the planets as they move against the background of the fixed stars. Exploring the profundity of this archetype, the possibility emerges that we can learn to consciously align our will with the Divine Will expressed in the heavens. The purpose of this book is to remind us of the great heavenly archetype underlying our existence here on Earth, and thus help us in our daily lives. The various themes explored are intended to alert us to and help us find the guidance and inspiration to stand and act in the right way in the coming period of time - to allow the beings who 'live in the stars' to say what we need to know for our life on the Earth. Chapters include: Toward a New Wisdom of the Stars; The Zodiac; Christ and the Zodiac; The Start of the New Millennium; The Sophianic Millennium; The Sign of the Son of Man in Heaven; Appendix: The Divine Mother. Robert Powell is an internationally known lecturer, author, eurythmist, and movement therapist. He is founder of the Choreocosmos School of Cosmic and Sacred Dance, co-founder of the Sophia Foundation of North America, and adjunct faculty at Wisdom University. He received his doctorate for his thesis on the History of the Zodiac. His published works include: The Sophia Teachings, a six-tape series, as well as the following books: Divine Sophia-Holy Wisdom, The Most Holy Trinosophia and the Revelation of the Divine Feminine, The Sophia Teachings, Chronicle of the Living Christ, Christian Hermetic Astrology, The Christ Mystery, and the yearly Christian Star Calendar. Robert teaches the cosmic dances of the planets and signs of the zodiac and facilitates sacred celebrations dedicated to the Divine Feminine. He offers workshops in Europe and North America, and leads pilgrimages to the world's sacred sites

Title: The Sign of the Son of Man in Heaven: Sophia and the New Star of Wisdom

The Sign of the Son of Man in Heaven: Sophia and the New Star of Wisdom